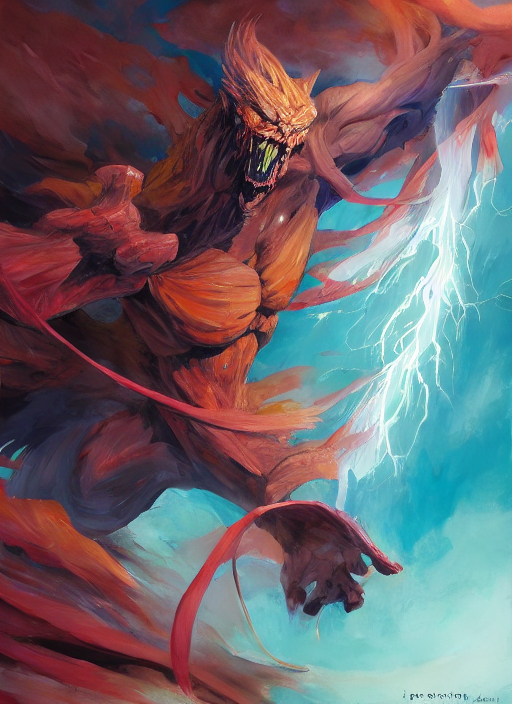 Hello! Algomancy has been in alpha for almost two weeks now, and its time for some rules updates based on what we’ve learned so far!

Firstly, we noticed an issue where because of the (2) mana limit per turn, the current (2) colorless resource made taking the third threshold of a single color to be really awkward, which ended up making the triple threshold cards see almost no play. Additionally, there was little incentive or reward for staying in a mono colored configuration.

To fix this, I have replaced the previous (2) resource with the one above. While the wording isn’t perfect yet, essentially it works as follows:

If you draft a resource you have two or more threshold for, you get this resource with it for free. So if you take your third wood, you also get this which you can play as resource 4. The following turn, if you draft a fourth wood, you still get another copy of this, and so on. You can also just draft this on its own, where you essentially are able to draft (2) resources with one pick, just like the old card.

Alongside that, I have added the first “resource triggered” cards to the game, in the cycle which I’m highlighting part of below.

I have renamed the words “destroy and delete” to be “delete and erase”.

Now the word delete means put into the discard, and erase means remove from the game. I know this will be a little confusing short term, since we’re re-using the word delete with a new meaning, but I think it will be worth it in the long run.

The main incentive for doing this is to remove the wording “counter target spell or ability”. Now, spells and abilities are deleted or erased. This allows me to use the word counter exclusively for things like +1/+1 counters.

The implications of this is that you can use “counterspells” to delete spell creatures that are on the battlefield. It also means that creature removal now acts as countermagic. (Delete target creature works for creatures in play and on the stack).

I am also testing the idea of being able to target creatures on the stack with removal and counters. So you could counter a creature on the stack by hitting it with fireballs until it dies, for example. This means that spell creatures are susceptible to spell and creature interaction, which seems fair considering how strong they are.

Overall, this should be a modest buff towards creature removal and a nerf to creature spells and Quick creatures.

I have also decided to separate the speed of cards from the type line, and instead use the icon space to indicate the speed of cards. This can free up space in the middle line for more attributes and abilities while also helping spread out different parts of card information around the card, so things feel less cluttered. (This battle icon is only temporary.)

I have also formalized the turn order sequence for team based/1v1 gameplay. (the notable change is that non initiative player assigns defenders and attackers at the same time, with no steps between, and the initiative skirmish resolves completely first.)